The Ponys and … the heat

It’s been a while since my last post. The heat is killing me slowly. I can’t think. My head hurts. It’s over 30 ceclius degrees (around 90 farenheit) for about a week now. I’ll definately buy good A-C next year.

In the begining of July we’ve started work on a game called The Ponys. It’s still just a codename, but may end up as a final title. The game is going to be about ponys – imagine The Sims, but put ponys instead of people. Yes, the game is targeted at younger audience (girls 7-12) but I’m sure it will appeal to adults as well. Here’s a screenie: 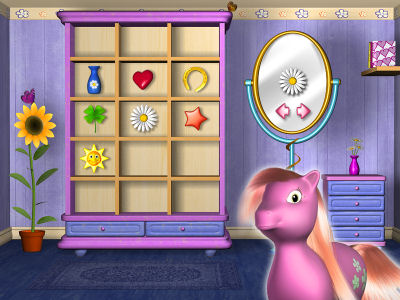 That one is still work in progress, so expect little improvements.
As usual, check out our blog to find out more about The Ponys and our other games in development.

This entry was posted in Anawiki Games, Pony World. Bookmark the permalink.